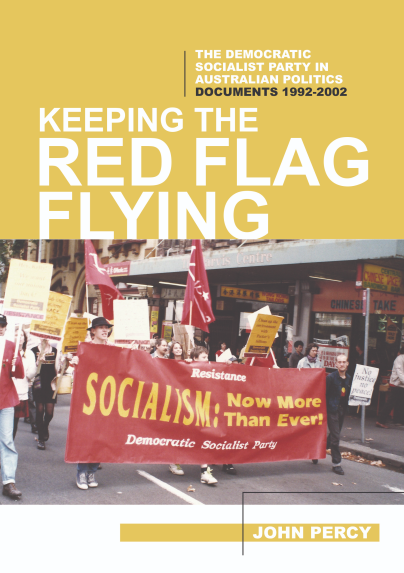 John Percy’s book, Keeping the Red Flag Flying was published in 2020 by Interventions. It focuses on the 1990s and early 2000s when the Democratic Socialist Party (DSP) was the largest revolutionary socialist group on the Australian left. As it follows Percy’s two books, A History of the Democratic Socialist Party and Resistance, Volume 1: 1965-72 (2005) and, Against the Stream, Volume 2: 1972-92 (2017), it will be referred to throughout as ‘Volume 3’.

This review is organised into three sections. The first explores the historical value of Volume 3. Not only do Percy’s writings provide a history of the 1990s and early 2000s, they also shed light on the histories of many contemporary left-wing groups. The second section will focus on the political value of the book. In particular, this section will draw out several key political lessons relevant in the current period.

Understanding the Past to Understand the Present