I am currently working to finish a book: Indonesia Returns from Exile: The Buru Quartet Story

Pramoedya Ananta Toer is the author of four books known outside Indonesia as the “Buru Quartet”. They are This Earth of Mankind, Child of All Nations, Footsteps and House of Glass. These books were first published in Indonesian between 1981 and 1987 and In English starting in 1983. They have remained in print in English in Penguin Books since 1983 until today, as well as having been published in hardback in the United States by Hyperion Books as well as . You can read about them in reviews in the New York Times, the New Yorker, the Washington Post and many others. For my own take on why you should read these books, see here. For some at random readers’ comments, you can also click here.

Within Indonesia, their conception and writing by Pramoedya Ananta Toer and their publication by his comrades-in-publication, Joesoef Isak and Hasyim Rachman is no normal story of publishing books. Their story is a novel in itself, a political drama, an adventure epic, a thriller.

Pramoedya conceived the novels in the midst of a political and cultural war for the soul of the new Indonesian nation, submerged in his country’s archives and desperately searching for the source of its woes in its history.  That battle was resolved with the killings of hundreds of thosuands and the imprisonment of tens of thousands of men and women, including Pramoedya, Hasyim Rachman and Joesoef Isak. 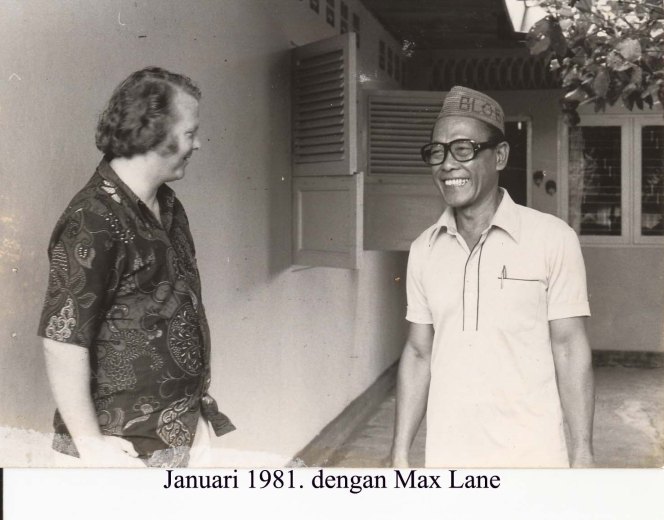 He wrote these books, and four others, locked away in a prison camp, on a remote and harsh island, in barracks built by the bare hands of 14,000 male prisoners, on an old typewriter and using scant paper and only after almost ten years of being denied any reading materials. The novels took shape in his mind as he told them to his fellow prisoners waiting for roll call or as they lay on their mats after lights out in the prison hut in the land cleared from jungle on Buru Island. And never has a writer typed with so absent margins, upper, lower, left and right.

Released from imprisonment after fourteen years, never being charged and never being tried, the three former prisoners defied the dictatorship and expressed their contempt for the taboos that had been instilled during fourteen years of the most extreme black propaganda. They established a publishing company, which they had been told they could not do; and they started publishing Pramoedya’s books, starting with Bumi Manusia (This Earth of Mankind.) Emblazoned on the cover were the defiant words: WRITTEN ON BURU ISLAND.

Harassment, interrogations, jail and, of course, bannings followed.  Again and again after each publication. There was no surrender.  Their new publishing company defied the odds, working with other former prisoners, with students, with readers and resisting every move by police and prosecutor.

But more than that. The books spoke: Indonesia is back from exile.  When Bumi Manusia was published, and Joesoef  Isak and Hasyim ranchman – and scores of others – defended it from suppression, the new voices that were heard and the new spirits that were stirred brought Indonesia back from Buru Island to confront what had become of it under military rule and as it was turned into nothing more than a market and source of natural resources. As an idealistic national home to a new people, Indonesians, it had all but disappeared. The momentum it gave to the embryonic processes of rediscovery of Indonesia still echo today, 2016.

A book Indonesia Returns from Exile: The Buru Quartet Story

This book – Indonesia Returns from Exile: The Buru Quartet Story – will be the first book in the English language to tell this story. Suprisingly, despite being in print for 35 years and received wide praise, there is not a single book published outside of Indonesia about Pramoedya or his books. Even in Indonesia, they are rare and usually small print runs of student thesis.

Indonesia Returns from Exile will be based on hours of interviews, never before used, with Pramoedya, Joeoef Isak and Hasyim Rachman.  For more than three decades, starting 1980, I knew these three men as Pramoedya’s translator but also as a team member of their effort to return Indonesia to itself. These personal experiences too will infuse the story told in this book. And what did it and does it all mean: these books and what these three men did, for Indonesia then and now?  The book will be held together with and analysis of what the books gave Indonesia, what the men’s example gave Indonesia, and how Indonesia has and hasn’t started to take these gifts up.

Indonesia today, deformed by its own exile, still denies Pramoedya, his books and itself. Power still shuns any systematic teaching of the nation’s literature, any of it – exiled too from the schools. Yet, its momentous impact is there as reading groups among factory workers, students and others spread their ideas. But still the limitations are not only in the how the country’s exile deformed itself, but also in a defeated generation’s inability to critique its own history. “I have writer’s block,” said Pramoedya. Why?

Read now in scores of languages, and in English for 35 years, the This Earth of Mankind and its sequels have also given something to the world. How did that come about and why? And what has been the political struggle over how to present Pramoedya, and Indonesia, to the world.

Meanwhile, if you haven’t read Pramoedya’s books, see:  Why you should read Indonesia’s THIS EARTH OF MANKIND

If you wish to support this writing project in some way, contact Max Lane via this blog.